I was driving from here to there the other day with one of my brothers and his close friend and we were discussing books, reading, television and just how we entertain ourselves in general. I realized through the course of the conversation that my father (again) was ahead of his time in realizing the damaging effects of sitting on your backside, slack-jawed and staring at a screen for hours on end. He was a big advocate of mental health and thought the brain to be the key to happiness, self-awareness and self-reliance.

One of many of his favorites quotes was this one:

Translated to Latin is “Cogito ergo sum” and English, “I think, therefore I am.”

Bearing that in mind, I can see why Dad viewed television and it’s hypnotic pull to do nothing but sit and stare, engaged in a world that is pure fantasy and is being fed directly into your brain. Good, bad and really bad are all beamed to your cute little developing brain, bending and warping it in God knows how many ways. Better to just avoid the Idiot Box altogether, sparing our budding and growing operating systems. Books were allowed, no limits and no banned books; library trips were often and a welcome escape for all in many ways. Any mother of seven would love a place where the law is SHUT IT and SSSSHHHHH!!! Quiet is a balm to the weary and tired soul that only a parent with more children than hands knows.

Thus began my love affair and fascination with words. Words are the bricks that build the castle, that create the rainbow that leads to the pot of gold; they give the hero his chiseled physique and darling dimple on his chin. They form sentences that build bridges from one idea to another, one thought, one kiss, one death or one birth. They tie together characters who take us on journeys of emotion and mountains of memories, new and treasured alike. Those paragraphs build and become stories, short and long; poems are like stories where each word is precious, so they are powerful in their simplicity and reach directly into your brain and engage that power button of emotion. They tell stories, speak for those who can no longer speak and they leave legacies of forgiveness, truth, declarations of love and bonds of fidelity.

I have a great appreciation for movies and music, but I feel that those begin with words, too. The script lays out what the story is, lets us know how they feel, what is happening and gives us that inside feeling of being a part of something unfolding. Music starts with the rhythm and often there are no words, but I still count it, as I’m sure songwriters would prefer to be included as wordsmiths or artists of the word, as I prefer. I have an appreciation also for television, but I view it like I view Botox; a little of it every few years might not be a problem, but a steady diet of it would certainly would be disastrous.

Netflix and all the other streaming services are an entirely different story, that I will save for another time.

The ability to self-entertain without being hooked into a device is a skill that I consider a modern day survival skill. If you are not getting out in nature, even if it is in the middle of the city and you hug a tree, breathe outside air, smog and all, but connect somehow with nature. Write about yourself, for yourself, to yourself. No one has to see it, but you may need to be reminded of things in the future and you may want to leave something behind when you go, since we’re all going to go. Why not let people know the things you want to say, but are putting off for the right time or tomorrow. That tomorrow that starts as a few hours later and can end up being a few years later. Time is the one commodity that we cannot buy, rent, lease more of or halt the clock to freeze it. We only have so much, so why is it that we treat it as though we’re on an unlimited living plan and there is no end? Tomorrow isn’t guaranteed and even if we get tomorrow, the only guarantee is that if we want to be happy, entertained or just enjoy life, being comfortable sitting with oneself without distractions is a pretty solid life skill, in my humble opinion. 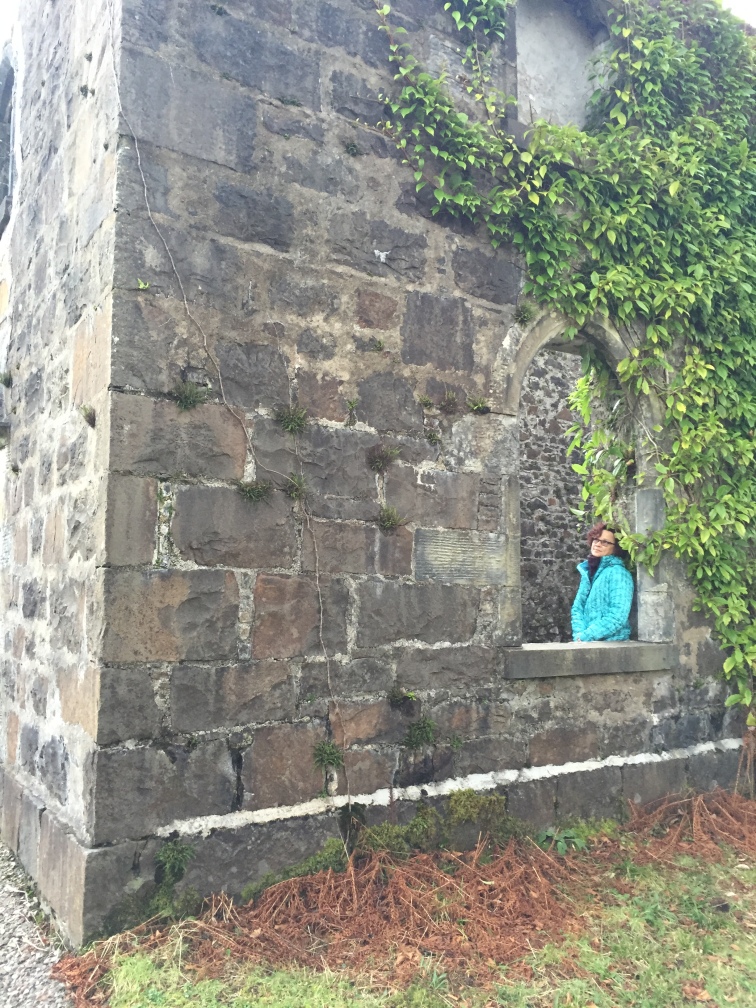 Here I am, self-entertaining by creating a story about me living in this castle in a previous reincarnation. Just kidding. This has absolutely nothing to do with my post, I just really miss Scotland.

Happy Memorial Day weekend and thank you to all of you who served, are families of those who served; parents and grandparents and spouses and significant others who supported our veterans and also paid the ultimate price, losing a loved one. God bless you all.

One thought on “The Upside of the Childhood TV Ban”

This site uses Akismet to reduce spam. Learn how your comment data is processed.